Top 5 Drinking Holes on the UK Coast (According to a Surfer!) If you’re the type that spends any length of time at the beach then chances are you’re going to get thirsty.

Add watersports to the mix and after a long day ripping (surfing), boosting (windsurfing) or smashing out the miles (kayaking) it stands to reason you’re going to want to quench your parched mouth. What better way than with a hard-earned pint of the good stuff.

Here’s 5 drinking holes to check out when you’re next at any of the following coastal locations.

The Sloop Inn nestles in the western corner of St Ives Harbour right on the sea front. Noted for being one of the oldest inns in Cornwall (1312 AD), the Sloop is synonymous with artists, surfers, fishermen and alternative types. Yet, the Sloop still receives its fair share of tourist trade in summer with locals keeping the community feel of the pub alive in winter.

Grab yourself a pint (or two) of Cornish Rattler and join the throngs on the white sand of St Ives Harbour beach just across the cobblestone pathway, or grab a table in one of the snug inglenooks inside the Sloop for a ‘cosy up’ and a pint with the missus.

A vibrant and buzzing atmosphere with a good selection of lagers, ales and ciders attracts people to the Sloop Inn time and again. 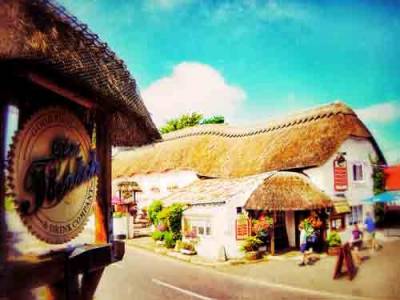 Possibly Croyde Bay’s most famous freehouse, The Thatch has been the haunt of local surfers and holidaymakers for the past 25+ years.

With a famous surfing beach right on its doorstep, a bustling campsite just down the road and the regions’ other noted North Devon surf spots of Woolacombe and Saunton Sands lying close by, it’s no wonder the Thatch goes off in summer.

Grab a wave before retiring to the Thatch for a jar and some grub or make a night of it with your mates – the choice is yours.

The Thatch offers regular live entertainment, roaring log fires, a great selection of beers, fantastic pub nosh and onsite accommodation for those worse for wear at the end of the night.

If you’re serious about your watersports and après then the Thatch is one not to be missed!

Llangennith is a small but popular village located at the end of the Gower Peninsula in South Wales and boasts one of the prime surfing beaches in the whole area.

Owned by the Stevens family since the 80s, the Kings Head is THE place to rest your weary limbs after a day in the surf and possibly quaff the odd shandy as well.

Food is available for those that need a refuel and if you’re looking to make a weekend of it then rooms are also offered.

Being just a short walk to Hillend Campsite and Llangennith beach is great for those wanting to indulge in a bit of late night revelry without fear of having to sort out taxis or driving arrangements. Even better if you’re staying onsite in the accommodation next to the pub.

Welcoming to families in the day while being known to go off on occasion, the Kings Head is a friendly establishment that opens its doors to all comers. 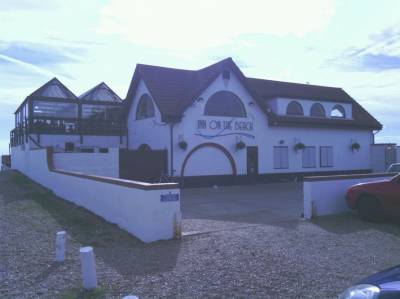 The Inn On The Beach is exactly what it says on the tin – an inn, planted right on the beach…In fact the IOTB actually hangs over the water at high tide meaning you couldn’t get any closer to the sea without actually jumping in.

With a gastro pub feel, but boasting more character (the IOTB has a long maritime history), this Hayling Island watering hole has an established link with watersports enthusiasts as the venue hosts the annual National Watersports Festival in September every year.

With its range of world beers, top fodder and friendly staff, the Inn On The Beach is worth a shout if you’re topping up your windy fix at the same time. 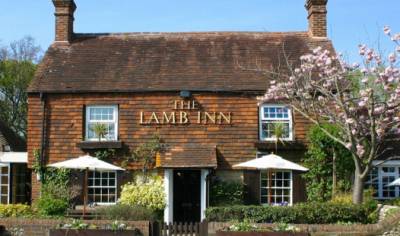 Although not located on the seafront, the Lamb Inn at West Wittering still has a surfy vibe attached as the owner and landlord is a keen kitesurfer and standup paddle boarder, with many of the staff also into similar sports.

Having recently undergone a refurb, the Lamb has a warm and cosy atmosphere that begs you to put your feet up next to the cast iron wood burner and sink a few jars of amber nectar after a long session in the drink.

West Wittering is an affluent area with the hunting and shooting crowd ever present. The Lamb features a unique vibe with surf bums, the farming set and lorded gentry all rubbing shoulders in the friendliest manner – booze really is a great catalyst for bringing people together.

Boasting a former Michelin star chef, a large choice of beers and an extensive wine list, the Lamb is definitely the place to head after saltwater shenanigans in West Wittering.

There are plenty more coastal drinking holes that could be mentioned but unfortunately there isn’t room to cover them all. Whichever seaside resort you find yourself in, there’s sure to be a decent boozer close by and if in doubt, ask a local…

Want more information on these surf locations? Check out the spot guides on Sitons.com.

More posts from author
Thursday, 28 March 2013 5 Pubs for Those who Love to Camp this Easter