What Are the Serious Consequences of Injunction An injunction is essentially a restraining order that carries serious consequences for you. If you are found to be a danger to someone else or to a company, you are likely going to have an injunction put onto your record. What is the point of this? Injunctions are created to minimize contact between two parties for fear of violence or another crime.

If you have an injunction on your record, depending on that state that you reside in, you are not able to possess or own any firearms or ammunition. There are no exemptions to this rule in any way. If you were in possession of firearms before the injunction was placed, you have to inform the court and the authorities of them and have them removed. If you are an avid hunter or person who enjoys going to the gun range, you can say goodbye to your right to bear arms. 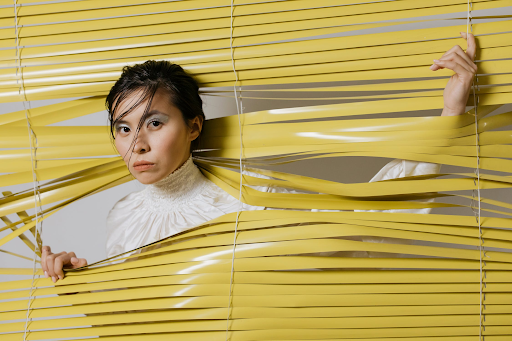 If you are found in violation of your injunction, you are now facing a criminal charge and will likely be arrested and prosecuted for the violation. When the court says you must avoid all contact with someone, you have to do this. People often ask if text messages can be seen as a violation of the injunction and the answer to that question is yes. Even if you wish to contact the person, you are not allowed to in any manner and will be arrested if you are reported to the authorities for doing so.

The penalties you face will depend on how you violated the injunction and the type of injunction that it was. A misdemeanor violation of an injunction for example will carry up to a year one jail sentence along with a fine of up to one thousand dollars. It can also come with a year or probation as well. Felony violation on the other hand can have you facing up to five years jail and probation with how to five thousand dollars in fines. These violations are taken very seriously and you should ensure that you are not found in violation of them.

It Will Affect Employment

Injunctions go on a public record, therefore anyone can see that you have an injunction on record. Employers will often search up potential employees to see if there are any legal issues with them. You can bet that if you are applying to a job or already have a job, your work is going to find out quickly about this. From there, there is a strong chance that you will be let go from your workplace. If you are in the interview process, you will most likely not be considered for your job and your application will be thrown out. You can expect this to happen with any job you apply to. Getting an injunction will damage your career and possibly even end it if you cannot find an employer to give you a chance.

Your Travel Will be Affected

If you plan on leaving the country or the state, you might be declined entry. A lot of countries have laws and regulations in place about not allowing people with a record in. As long as the injunction is on your record, you can expect to not be able to go anywhere. Your freedom to travel will most definitely be impeded and you might not even be allowed to leave your state depending on the severity of the injunction.

Depending on your family situation and the injunction, you might be put in a position where you have to leave a shared residence and limit your visitation time with children. This generally happens when the injunction is between you and a partner. You can expect to see your children much less after something like this while also being forced to find your own place to live.

In a domestic case for example where an injunction has been placed, if you are caught violating it and committing assault, the charges you will face will be that much higher. You can expect larger fines and larger jail sentences if you threatened any sort of violence upon the person you have an injunction with. These situations are taken very seriously and that is why lawyers strongly recommend avoiding all contact with the other party.

You Can Be Deported

If you are someone who is new to the country and is seeking citizenship, your application itself is now in jeopardy. The courts have the right to deport you and send you back to your own country or heavily delay your application. All of this will shatter any plans you had in life as you will essentially have to start back again at square one.

It is Enforceable Anywhere

No matter where you go in the United States, your injunction can and will be enforced. This means that you have to be extremely careful of every move you make, as if you are found violating your injunction in a different state, there will be heavy consequences and you will be held accountable for it.

These are just a few of the consequences that come if you violate an injunction. Lawyers always recommend fighting an injunction against you, as the consequences of having them are extremely damaging and degrading towards the person. If you find yourself in a situation where you have been falsely accused, it is important to remain calm. Any anger or emotions can result in your making a mistake that you will regret for years to come. Make the right decision, obey the court orders, and stay away from whoever and whatever you have to. Hopefully, you will be able to resolve everything and return to life as normal.