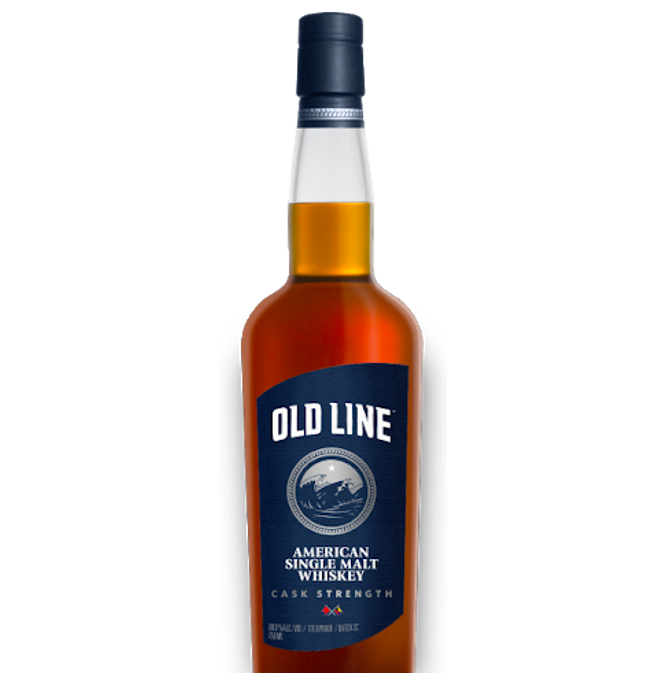 Arch Watkins and Mark McLaughlin, the founders of Baltimore’s Old Line Distillery, set out in 2015 to make bourbon and rye, like so many upstart craft producers, but along the way they ended up with a sizeable portfolio of American single malts and rums. What happened? As the story goes, they were approached by the owner of an early, Washington state-based single malt producer, Golden Distilling, who offered to sell his entire operation and teach them whiskeymaking. After a training stint with Golden, the duo decided to build their distillery closer to home in Baltimore’s Highlandtown neighborhood. Wanting to get a jump on production, they contract distilled their single malt at Middle West Spirits in Ohio until their own distillery was completed. Old Line officially opened its doors in 2017 with its flagship American single malt and a cask strength offering. Both are made from 100% malted barley, copper pot-distilled, and aged two years in new American white oak. Thoughts follow.

Old Line American Single Malt Whiskey – The nose is woody but not biting with notes of sawn lumber and furniture polish. Sweet and malty high tones also help to rein in some of the dustier elements, infusing notes of ginger snap and some dried apricot into the mix. It definitely comes across as older than a mere two years. The palate is light but oily with a rich brown sugar sweetness and lots of burly cask notes: cinnamon and clove and split vanilla bean. A bit of maple syrup and chocolate malt balls arrives on the mid-palate and dissolves into a gently warming finish of toasted oak and flambéed banana. 86 proof. B+ / $50 [BUY IT NOW FROM DRIZLY]

Old Line American Single Malt Whiskey Cask Strength – For the cask strength offering, the nose showcases even more maturity, with notes of sandalwood and worn leather. Balanced against those woodier elements is a heavy pour of sweet, syrupy demerara sugar, some maple candies, and spiced apples. The palate still remains relatively light bodied, but the volume of flavor has really been dialed up with rich dark caramel, ginger snaps, and tons of baking spice that builds, along with the heat, into the midpalate. The finish sees that heat subside rapidly into a warm mix of candied ginger, chocolate biscuits, and maple syrup. An impressive young single malt. 121.8 proof. A- / $60 [BUY IT NOW FROM DRIZLY]

More posts from author
Tuesday, 04 October 2022 Another Popular Pub Bites The Dust But Newbury Owners Promise To Return
Sunday, 02 October 2022 A Perfect Storm Of Complications For The Hospitality Sector
Sunday, 11 September 2022 4 Tips to Help You Organize Your Bar