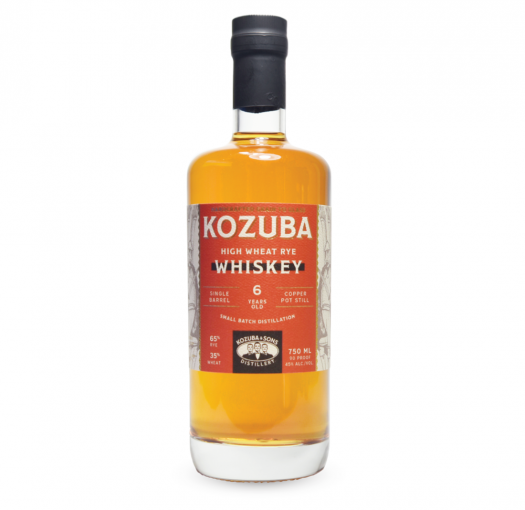 The Kozuba & Sons Distillery was born in Poland in 2005, and 2014 the company made what you might say is a major move: Picking up stakes and replanting in St. Petersburg, Florida. Now a respected operation in the States, Kozuba produces a range of spirits, including multiple expressions of vodka (naturally), various liqueurs, and a range of whiskeys — all of which are produced on site. Nothing sourced here. (Kozuba also makes the BarBox boxed cocktails we have previously reviewed.)

We received a sampling of Kozuba’s most noteworthy releases. Let’s dig in.

Kozuba Potato Vodka – There’s also a vodka made from corn and one from wheat, plus a flavored expression, but potato is Old World O.G. This six-times distilled expression is an ultra-fresh and clean vodka, bracingly medicinal on the nose but wholly approachable, as straightforward as could be on the refreshing nose, hinting just so at iodine and just a hint of a generalized cereal character — though there’s no grain in the mash on this one. Potato pancakes then, let’s say. Again, it’s incredibly open and expressive on the tongue, a gentle hospital note offering very mild and complementary notes of fresh grass, lemon curd, lavender, and a hint of sweet caramel. Some coconut notes emerge on the finish, but all of this is extremely dialed back, letting the linen-clean elements shine through. 80 proof. A / $23 [BUY IT NOW FROM DRIZLY]

Kozuba Triple Sec – A “Polish twist on a classic Dutch recipe,” this clear triple sec has an ultra-clear mandarin orange note on the nose, very sweet and evocative of lunchtime Cuties. Hints of vanilla give this even more of a dessert-like quality, plus enough nuance to make it perfectly enjoyable when sipping straight. Of course, it’s top-notch mixing material. 74 proof. A / $18 [BUY IT NOW FROM DRIZLY]

Kozuba High Wheat Rye Whiskey 6 Years Old – “High wheat rye whiskey?” This is made from a bizarre mash of 65% malted rye and 35% wheat — no corn, no barley — that is pot distilled and aged in full size new American oak barrels. It’s a unique rendition of a craft whiskey, its nose running surprisingly sweet, with notes of peanut brittle, red pepper, and some gentle, caramel-soaked granary notes akin to breakfast cereal. The palate keeps the theme going, with more peanut notes, a significant baking spice component, and more heat than its abv would suggest, with a finish that evokes hemp rope and fresh bread. It’s a perfectly enjoyable whiskey, but it does come across as a bit flat and simplistic, never reinventing the wheel despite its unique construction. 90 proof. B / $33 [BUY IT NOW FROM DRIZLY]