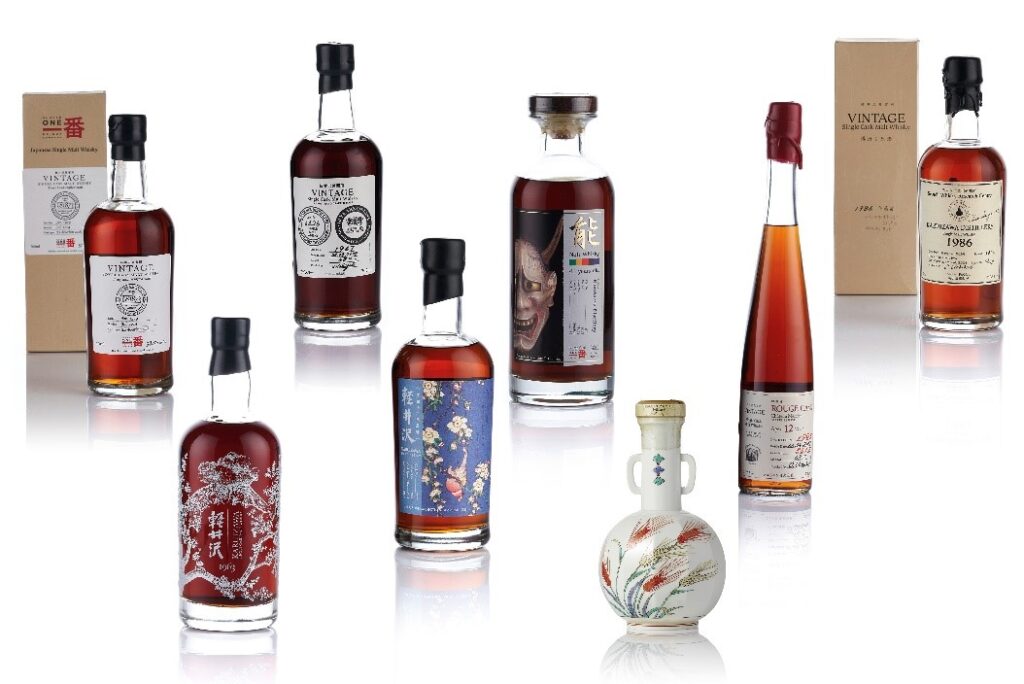 A CHRONICLE OF THE FINEST KARUIZAWA WHISKY AT BONHAMS MAY SALE

A series of the finest whisky ever made by famed Japanese distillery Karuizawa will be presented at Bonhams Fine and Rare Wine & Whisky sale in Hong Kong on 21 May. More than 90 bottles are offered and they span the best editions of every decade of the legendary distillery’s history from the 1960s to the 2000s.

Bonhams Director of Wine and Whisky Asia Daniel Lam commented: “This is probably the most comprehensive offering of the sought-after Karuizawa whisky to have ever appeared at auction. For collectors and fans of the distillery or Japanese whisky in general, the sale represents a rare opportunity to acquire some of the best editions ever known – decade by decade and all on one single occasion.”

The wine section of the sale is highlighted by a sublime private cellar – A True Wine Lover’s Collection. Having begun his journey collecting fine wines some thirty years ago, the owner has built a genuinely magnificent cellar, all by purchasing through one of the leading and most prestigious fine wine merchants in the United Kingdom. The provenance is therefore impeccable. Highlights include:

Other key wine highlights of the sale include:

Bonhams, founded in 1793, is one of the world’s largest and most renowned auctioneers, offering fine art and antiques, motor cars and jewellery. The main salerooms are in London, New York, Los Angeles and Hong Kong, with auctions also held in Knightsbridge, Edinburgh, Paris, San Francisco and Sydney. With a worldwide network of offices and regional representatives in 22 countries, Bonhams offers advice and valuation services in 60 specialist areas. For a full list of forthcoming auctions, plus details of Bonhams specialist departments, please visit bonhams.com. bonhams.com