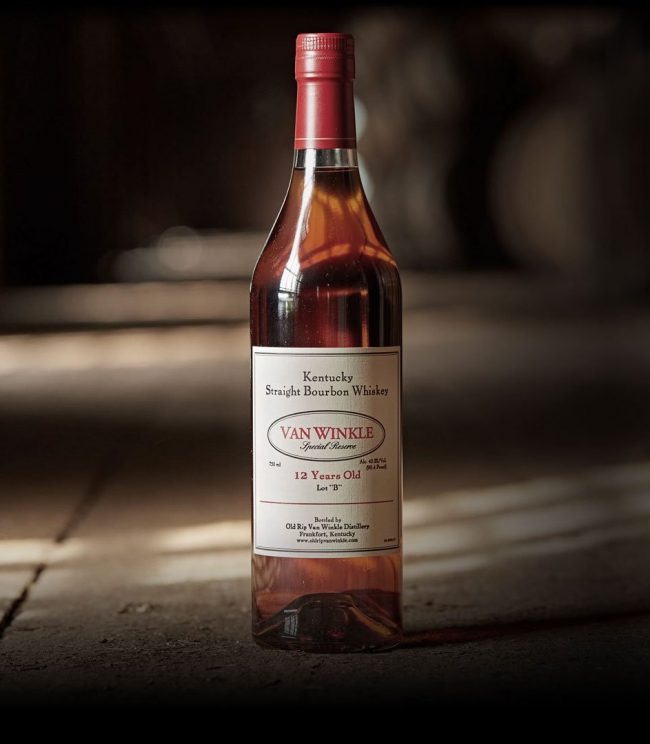 We’re almost two decades now into the so-called “bourbon boom,” and Van Winkle bourbons, bottles largely responsible for getting us to this frenzied state of obsession, are still widely adored and coveted. As we’ve discussed in recent reviews, the fabled “Pappy” releases are not always life changing pours. While the 15-year has remained a rather consistent favorite of our editorial staff, the 20- and 23-year expressions have bounced between exceptional and just OK over the years. The runt of the litter, Old Rip Van Winkle 10 Years Old, is another solid offering that’s always the most affordable (never mind the exorbitant secondary markups), and frequently the most available, of the lineup, if we can even use that word when talking about these prized whiskeys.

Van Winkle Special Reserve Lot “B” should also fall into the category of “Pappy you might actually see on a shelf.” Actually, of late it seems there’s even more of the 12 year old Lot “B” getting released each fall than the 10 year old. So where does this Winkle fit in the family? Like all of its other siblings, it is made from the Weller wheated mashbill distilled by Buffalo Trace, but its pre-Trace history is much more complicated. This release actually predates the arrival of the Pappy bourbons, as Julian Van Winkle, Pappy’s grandson and bearer of the Pappy flame, introduced it in the early 1990s with plans to release several different “lots” of his sourced stock (not all of which was his father’s Stitzel-Weller juice). Lot “B” seemed to stick with consumers, so the name never changed, although it’s now pulled from the same stock as the other Pappys. It’s aged at least 12 years. On paper, it doesn’t look much different than Weller 12 Years Old, except for the very slight increase in proof. Let’s see for ourselves, shall we?

The nose is pretty subdued, even allowing for time in the glass for it to open up. Classic butterscotch and subtle cinnamon spice emerge along with some burly barrel notes: char and tobacco and damp lumber. The Weller 12 year, by comparison, is a bit bigger and brighter with pronounced citrus and vanilla. Even with the softer nose, the Lot “B” comes across as a bit older, with a deeper and more seasoned wood aroma.

On the palate, Lot “B” is exceptionally balanced and lightly spiced with classic toffee notes, a dusting of nutmeg, and some chewy caramel. The finish is long but subtle with baking spice and a bit of dark cherry. All that balance has come at a price though. While it’s still an enjoyable, if somewhat uneventful bourbon, Weller 12 is more full-flavored with just as much approachability. And it’s cheaper, even by secondary market standards. Just sayin’.