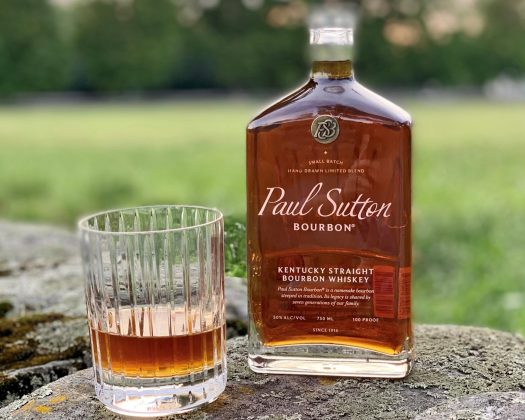 Paul Sutton is a new bourbon brand, one which seemingly came out of nowhere, overnight. That might lead you to believe that the Kentucky-based operation is simply sourcing whiskey from elsewhere, but that’s not the case: Paul Sutton is making its own distillate, under the direction of Myra Barginear, a New York oncologist (and a former Miss Mississippi!) with deep roots in Kentucky whiskeydom.

The company got started in 2014 with the idea of reverse engineering the old family recipe, ultimately leading the crew to use a sweet mash of Alabama-grown corn, rye, and barley instead of the usual sour mash technique. What’s the difference? Sour mash is often equated to sourdough, with some of the mash from the last distillation held over as “starter” for the next batch. Sweet mash starts fresh with every batch and is less acidic due to its makeup, which some say makes it harder to work with and more prone to spoilage, so it requires more careful attention during production.

Either way, the operation produces a mere 20 barrels a day (which I presume is why the batch numbers are already so high despite this barely being on the market), and ages the whiskey in new #4 char oak barrels for four-plus years. (The whiskey has no formal age statement other than being labeled a Kentucky Straight Bourbon.)

We were fortunate enough to get one of the first commercially available bottles of the finished Paul Sutton Bourbon for review. Let’s see how sweet things get, shall we?

Right out of the gate, this is clearly a different, and quite lovely experience in comparison to the rank and file. A pleasant initial mix of spice and applesauce give way on the nose to an easygoing barrel char element, as well as a fragrant and exotic magnolia flower aroma, setting things up nicely. On the palate, the fairly sweet bourbon evokes cherry juice and honey syrup, tempered with notes of vanilla and an emerging, increasingly grippy/gritty spice quality. Gingersnaps and licorice candies become evident as the finish builds, which is medium in intensity but slow to fade, with notes of fresher ginger and brown sugar clinging to the back end. The last to go is a touch of that woody barrel character, which feels right at home in a shockingly well-balanced product.

The “rediscovered old family recipe” trope has been all but ground into the dirt in the last few years. Paul Sutton Bourbon is proof that the idea may still have some legs.