Cosmic hum? Could this be space whisky?  Voyager 1 Dalmunach at The Whisky Barrel – Scotch Whisky News

Further than anyone or anything in history

4.1 billion miles away from Earth, NASA has revealed Voyager 1 has picked up a ‘cosmic hum’… could this be a signal from bottle #1 of The Grant Tour series?

Selling fast… don’t miss out on this fascinating discovery!

The Voyager space probes launched from Cape Canaveral Space Force Station in 1977 and continue to communicate with earth today. Voyager 1 is 14.1 billion miles away has detected a new cosmic “hum” in interstellar space. 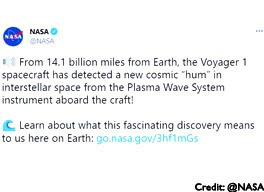 Dalmunach distillery is located on the site of the lost Imperial distillery and began distilling in 2014. Single Oloroso sherry hogshead. These are amongst the very first vintage bottlings from Scotland’s contemporary distilleries. 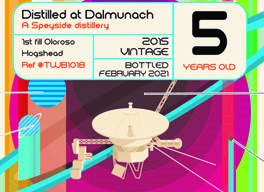 In the interest if fairness Voyager 1 is strictly 1 bottler per customer.