Dancing with the Green Fairy: The Best Absinthe Bars in Paris 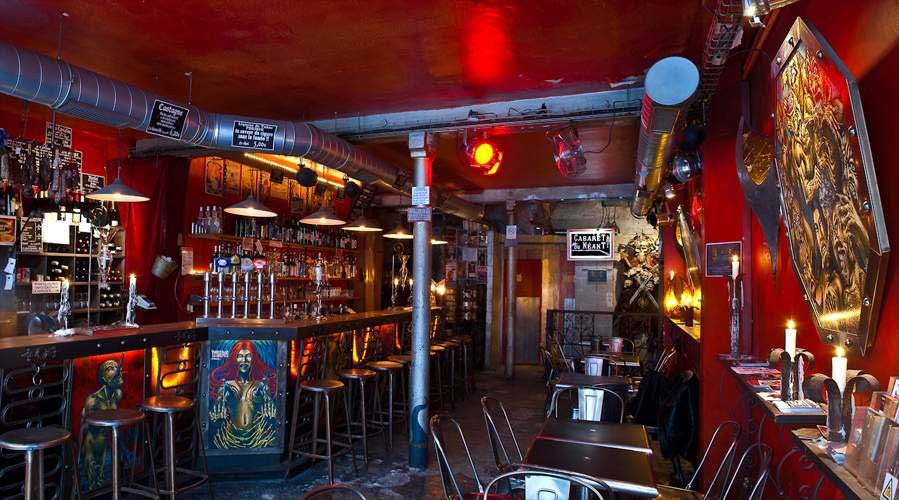 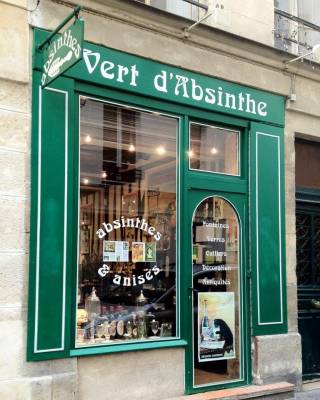 A drink shrouded in legend and mystique, absinthe is the very essence of the era of la belle époque. A spirit said to induce everything from brilliance and creativity to hallucinations and madness; it was eventually banned in France from 1915 right up until the 1990s.

If you’re looking to experience a little of the ‘green fairy’ for yourself, there’s no better place than on the streets of Paris. Here are our top picks.

Boasting an impressive 25 different kinds of absinthe, you could say that Vert d’Absinthe is your one-stop-shop for all your needs. Inside this Marais-based labyrinth, you’ll find all the paraphernalia you need, from spoons and glasses to fontaines – after all, half the experience is in the ritual.

What’s more, the owner is happy to get involved in your enjoyment, acting like an absinthe sommelier and walking you through the process. 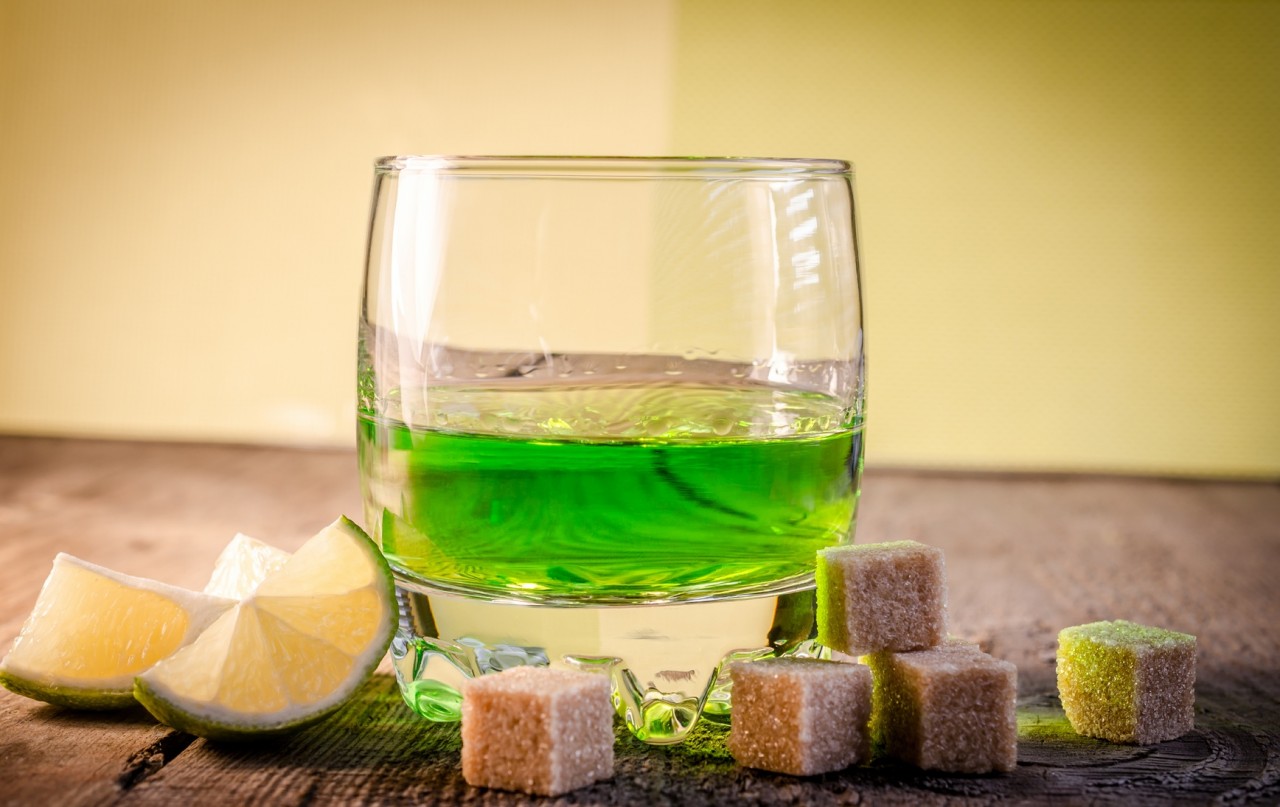 Last week I wrote about one of my favourite ales (Hobgoblin) and tomorrow I’m off to Budapest for a holiday. While the links are slight tenuous, both of these things remind me of absinthe. Budapest because it is the first place I drank absinthe and Hobgoblin because a few years ago a pub I was in was offering extremely cheap shots of absinthe with every pint of it.

Absinthe has got to have one of the most colourful histories of any drink. While it originated in Switzerland in the late 18th century, it rose to great popularity in late 19th and early 20th century France. It was associated with bohemian culture and drunk by many of the era’s great names including Ernest Hemingway, Amedeo Modigliani, Picasso, Vincent van Gogh and Oscar Wild.

The drink is often known as ‘The Green Fairy’, this is most likely due to its colour, but may also be something to do with the inclusion of wormwood in the ingredients. Some claim that wormwood can cause hallucinations, but I have to say that in my experience, drinking absinthe just makes you extremely drunk. It is an anise flavoured spirit made from green anise, fennel and other herbs and it is not uncommon to see absinthe as strong as 74% abv or higher (the strongest I have drunk was 89% abv).

Absinthe was actually banned in the US and much of Europe, including France, the Netherlands, Belgium, Switzerland and Austria-Hungary by 1915. Luckily for us this ban is now ancient history and a revival of absinthe production began in the 1990s. Now there are over 200 brands of absinthe being produced across Europe and America.

If you’re yet to try absinthe, be sure that when you do it is done in the traditional method. A sugar cube is placed on a special slotted spoon, the spoon is placed over the glass of absinthe and ice water is dripped over the cube to slowly dissolve the sugar in the drink. These days it is more common to see the sugar cube being set alight, however, this is a modern invention and not how it was done at the height of the drink’s popularity.

The Rebirth of Absinthes 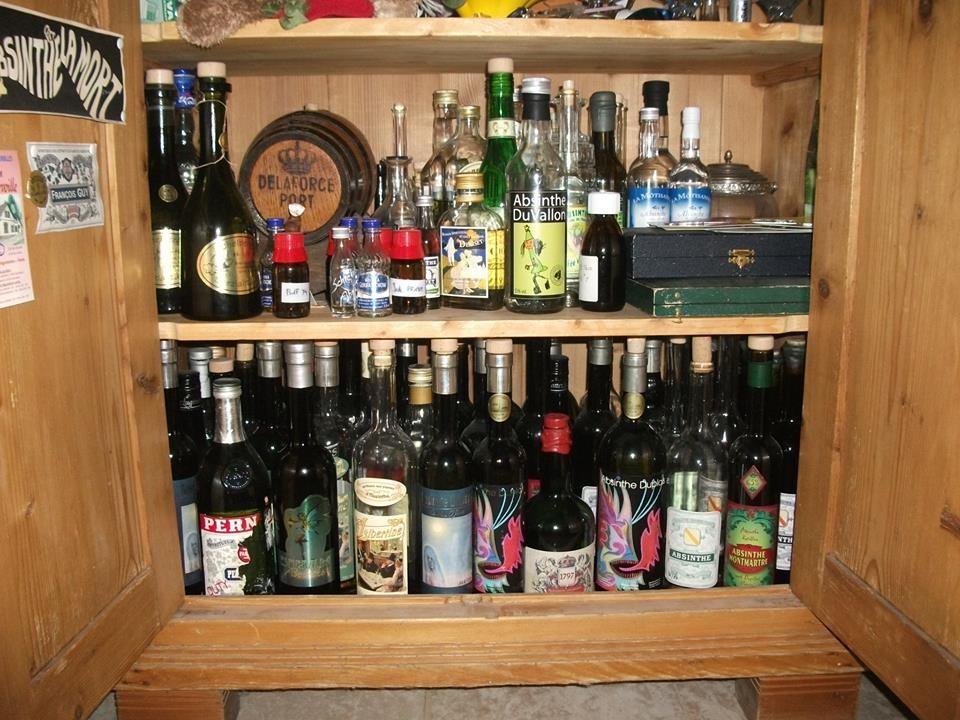 Fed up of the usual whisky-vodka-rum cocktails during parties? Today we propose something better... This historical, mysterious drink was even banned in France. With its unique ritual, this convivial drink will surprise you and your friends!

Absinthe is definitely back. It was banned in France in 1914 because of the wine lobby. Since 2005, its popularity is ramping up as an interesting alternative to traditional alcohols.

Absinthe is not only reserved for those nostalgic about the Belle Epoque era and Baudelaire. It is a drink with a very particular past, which makes it all the more worthy of attention. Rare, thus expensive, the quality absinthes is an exceptional and refreshing spirit.

Some people set fire to the absinthe before drinking it. This very spectacular technique is however not recommended, as the alcohol and the aromas are burnt during the process. This could also turn out to be dangerous as the alcohol by volume content of the absinthe is very high.

Top best cocktails for a perfect party. Easy and yummy! 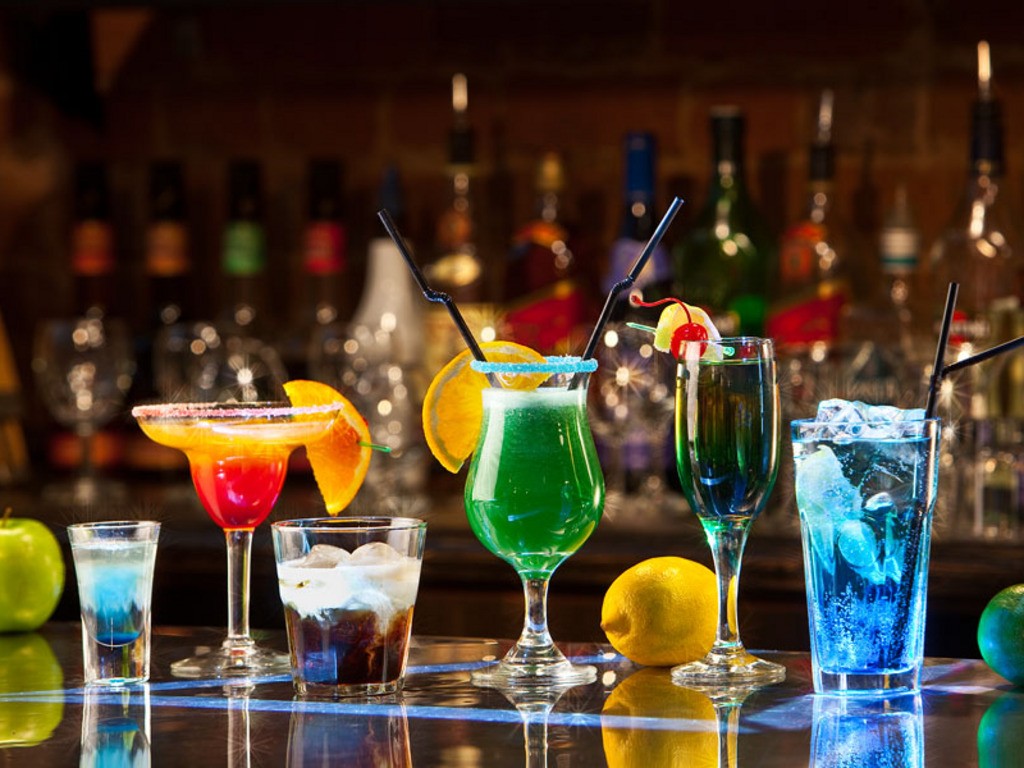 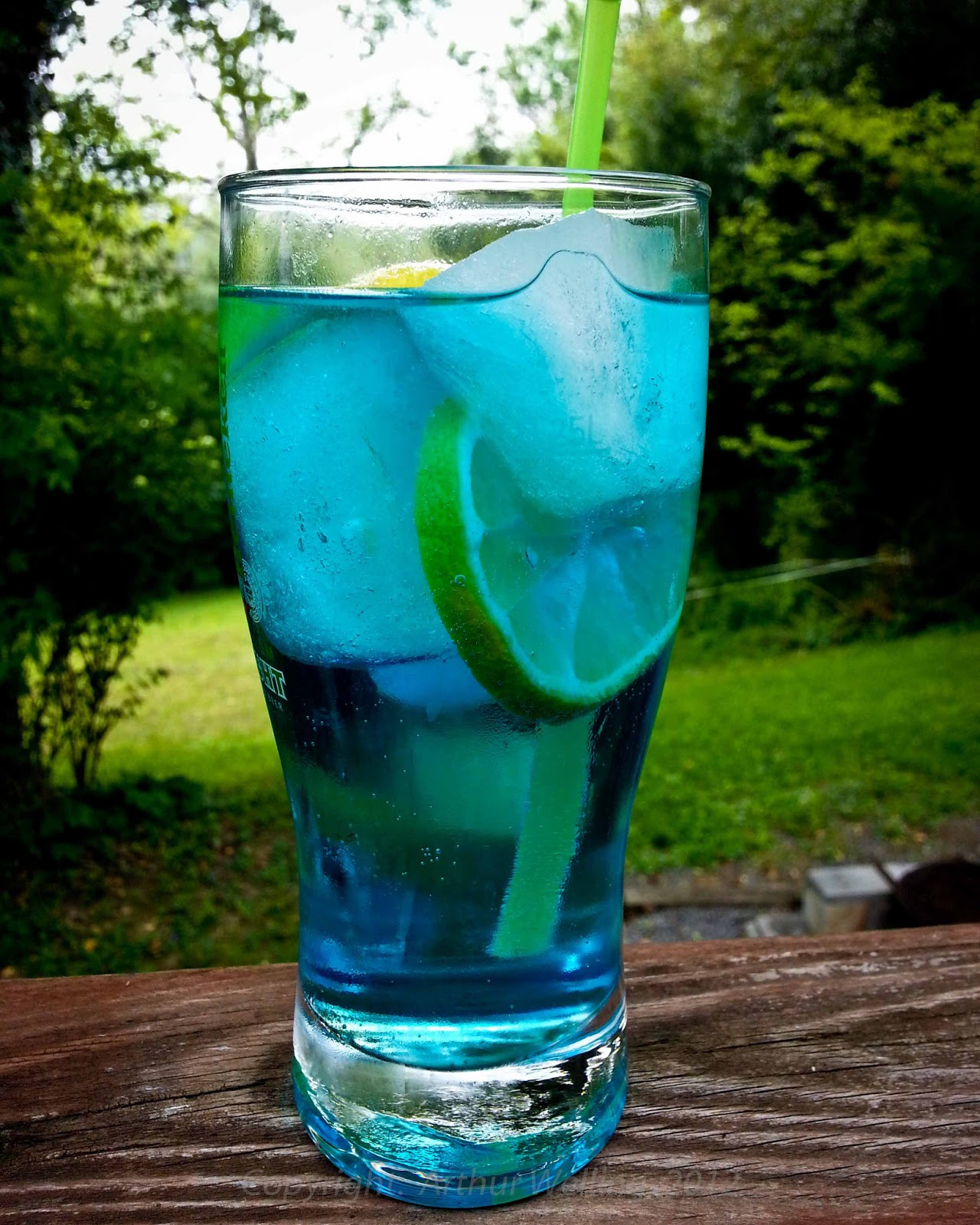 Classic cocktails are always great, but today we’ll not going to tell you well-known recipes. We’d like to offer you something new. Want to surprise your guests and don’t sure that your cocktails will be tasty? Just read your list and no doubt that your party will be unforgettable!

It’s a refreshing and quite an easy wine cocktail for anyone avoiding calories. Some people like to combine there both red and white wines. If you want more experiments, you can try that.

For this cocktail, you’ll need:

First put some ice cubes at the bottom of the glass, add some berries. Then fill the glass with a wine and complete the drawing with the mixed berries sparkling water.

7 of the Best Alcohols From Around Europe 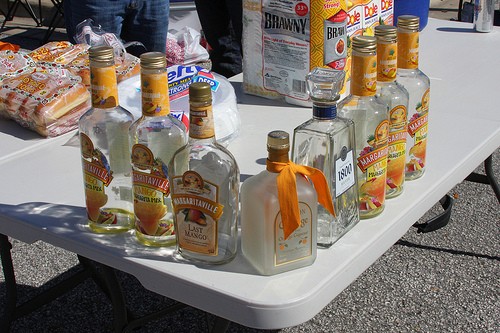 One of the features of European culture that attracts visitors the most is the fine food and drink. When it comes to alcoholic drinks, in particular, several regions in Europe are justifiably famous for their products. The expertise used in the creation of these drinks means that their taste and quality is unrivalled.

Scottish Whisky
Whisky has been distilled in Scotland for centuries, and nowadays various brands are exported all around the world. There are distilleries all over the country, most notably in the Highlands and Islands, which also serve as tourist attractions. Visitors can see how whisky is created, as well as getting a chance to taste a sample. Whisky will taste different according to how it has been produced and for how long it has been aged, but in general Scottish Whisky has a delicious, smoky flavour.

French Champagne
Only sparkling wine that originates from the Champagne region of northern France can truly be called champagne. Vineyards in the region have been fermenting sparkling wine for hundreds of years, and there are several types of grapes used to produce the variety of champagnes that are available today. Rosé, or pink, champagne is very popular, and any champagne labelled as cuvée is from a premium crop of grapes. The sweetness of champagne will affect its taste, and classification can range from ultra Brut with very little sugar, to Doux, which is very sweet.

Italian Wine
Italy is the largest wine producer in the world. The country is home to many vineyards, most notably in the Tuscany region where the soil and climate is perfect for growing grapes. Wine was extremely popular in ancient Roman times, and remains so with modern Italian drinkers. Today's vineyards use hundreds of different grape varieties to expertly produce a range of high quality wines, both white and red.

Spanish Sangria
Sangria is a sweet, wine based alcoholic drink that is usually served as a punch containing chopped fruits. It is drunk throughout Spain, and, because of that country's prevalence as a tourist destination, sangria is now extremely popular with people from around the world. At bars and restaurants throughout Spain sangria is served to tourists and locals alike in abundance.

Greek Ouzo
Ouzo is a world famous product of Greece, and many tourists take bottles of the alcoholic drink home as souvenirs. It is an aniseed flavoured drink that is traditionally served before meals. There are many places throughout Greece where ouzo is produced, with the island of Lesbos being one of the main contributors to the national output.

Czech Absinthe
Absinthe is believed to have originated in Switzerland however the Czech capital of Prague has become famous for the drink. There are many bars in the city catering to tourists with a thirst for this beverage with its extremely high alcohol content. Absinthe is a green spirit which has a famous history. It was thought of as being dangerous to drink in the early twentieth century, and was banned in several countries. Thankfully, present day absinthe is well regulated, and makes up an important part of the Czech Republic's tourism industry.

German Beer
The Germans love their beer so much that they devote festivals to it, the most famous of which is Oktoberfest. There are several brands native to the country, many of which are popular in foreign markets. A visitor to any German city such as Berlin or Munich will have a range of delicious beers to choose from, including pale and dark varieties. German beers differ in alcohol content, but they all come from breweries with a high level of brewing expertise.

No trip to these European countries would be complete without sampling the delicious local produce on offer. Indeed, there are many European tour packages which specifically include visits to vineyards or alcohol festivals because of their key role in local culture. In many cases the techniques for creating these alcoholic drinks have been perfected over hundreds of years. The result is a selection of alcoholic drinks that are truly exceptional in their quality and taste.