best bars in the hamptons

Top Five Places to Grab a Cocktail in the Hamptons 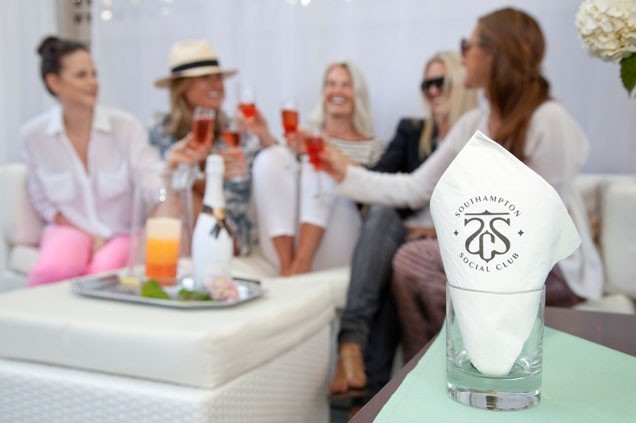 Europeans may jet to Ibiza and the French Riviera to break out their bikinis and beat the summer heat, but for Americans, the Hamptons are the country's most posh playground, serving up everything from gorgeous beachfront homes to unbelievable nightlife. While the luxurious Long Island locale may move a frenetic pace during the summer, there are still plenty of places to unwind with friends and a well-mixed drink. We've compiled our favorite low-key locations to enjoy a summer sip below.

Known for its retro surf shack décor, Montauk's Surf Lodge has also earned a following among the area's elite, thanks to its flavorful drinks, food, and laid-back vibe. With an extensive wine list and summer favorites from sangria to the locally-themed Montauk Storm, afternoon cocktails often turn into an all-day experience at this waterfront wonder. If the perfect summer drink is your personal white whale, set your sights just a few miles down the road to the delightful Moby Dick's. Full of ship-themed modern rustic décor, and serving up glasses of perfectly-chilled rosé to thirsty patrons, this charming restaurant and bar is an ideal place to beat the heat just steps from the beach. In equally unpretentious Amagansett, the social set congregate at the world-rewnowned Stephen Talkhouse, which has been serving up cold drinks and creative performances from some of the world's most famous names in music for nearly half a century. If your afternoon lacks action, saddle up to the bar at this  Hamptons hotspot — you never know which famous faces might show up.

When it comes to summer style, nobody does it quite like Southampton. The elite enclave boasts two of the most brilliant cocktail curators in the area — Southampton Social Club and Nammos Estiatorio. The former has been a nightlife staple in this posh part of town for many years, thanks to its eclectic crowd, inventive menu, and, of course, its delicious drinks. In addition to wine and beer, Southamption Social Club offers a wide selection of sippables, from the Lemon Ice, which combines prosecco, grapefruit vodka, and lemon sorbet, to summer staples like mojitos and margaritas. At Nammos, the wide array of Greek dishes may bring you in the door, but once you've taken a peek at their cocktail menu, you'll want to stay until closing.

While the Hamptons have certainly cornered the market on the unique combination of natural beauty and modern accommodations, it seems that developers in New York City aren't far behind in the adoption of this mix. At new Chelsea condominium tower 500 West 21st Street, residents won't have to choose between luxury and landscaping, thanks to the building's forest-like surroundings. The brainchild of Rees Roberts + Partners landscape design, the building's exterior garden is as lush as it is eco-friendly, with 40-foot trees and a wide variety of flowers and shrubs beautifully surrounding the upper perimeter of the building.

If the long summer days may have left you parched, the Hamptons are replete with places to wet your whistle. Whether you're looking for live music, hoping to see Hollywood players, or just want to enjoy the great outdoors, cocktail in hand, the Hamptons have it.